Droga Give Me 5 (from Underground Creative School, Buenos Aires) 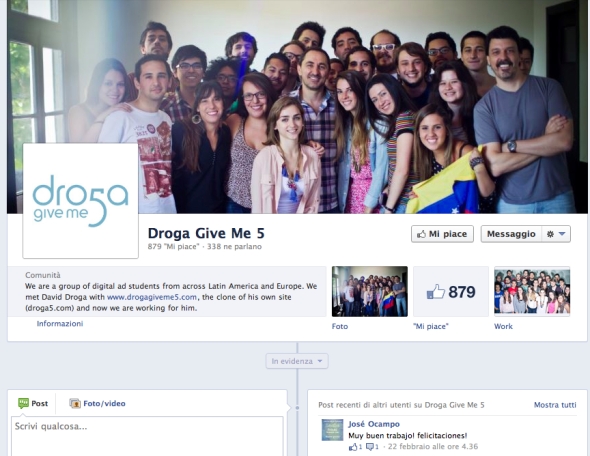 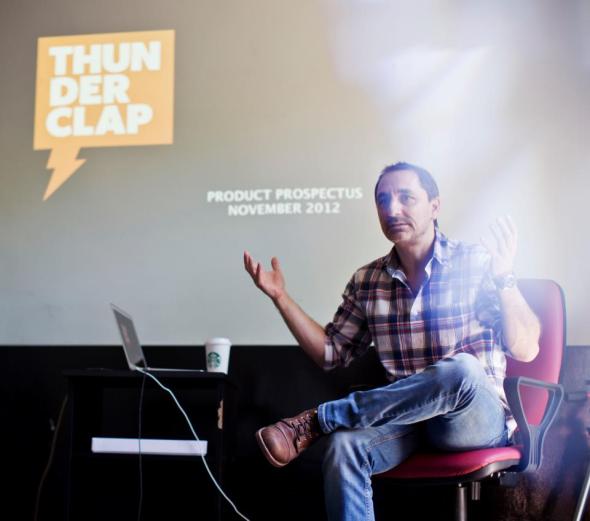 They are a group of 25 digital creative students of Underground, a creative school in Buenos Aires. All of them wanted to accomplish our studies and get a job but with such a huge competitive scenario we needed to find somehow, a way to stand out. That´s how they came out with an idea: they had to work for the best creative in the world. If they could get his attention we would be able to get anyone’s.

“This represents an unprecedented experiment in hiper-individualizing a commercial print publication”
Nick Gillespie, Editor-in-Chief of Reason, in the June 2004 issue

Monthly libertarian magazine Reason pulled off the ultimate in customized publishing when its 40.000 subscribers received their June 2004 copy with a satellite photo of their own neighbourhood on the cover and their house circled in red. On the back cover readers found adverts customized to them and their neighbourhood. The stunt accompanied the magazine’s cover article about the power and importance of databases to customize information.

When the 40,000 subscribers to Reason, the monthly libertarian magazine, receive a copy of the June issue, they will see on the cover a satellite photo of a neighborhood – their own neighborhood. And their house will be graphically circled.

On one level, the project, sort of the ultimate in customized publishing, is unsurprising: of course a magazine knows where its subscribers live. But it is still a remarkable demonstration of the growing number of ways databases can be harnessed. Apart from the cover image, several advertisements are customized to reflect the recipient’s particulars.

Nick Gillespie, editor in chief of Reason, said the magazine, with an editorial mission of “Free Minds, Free Markets,” used the stunt to illustrate the cover article about the power and importance of databases.

“Our story is man bites dog,” Mr. Gillespie said. “Everybody, including our magazine, has been harping on the erosion of privacy and the fears of a database nation. It is a totally legit fear. But they make our lives unbelievably easier as well, in terms of commercial transactions, credit, you name it.”

Rodger Cosgrove, president of Entremedia, a direct marketing firm and a member of Reason’s board, assisted in coming up with a program that allows the subscriber list to be integrated with satellite photographs. He also worked with Xeikon, the manufacturer of the printer that made the endless customization possible.

The cover article, written by Declan McCullagh, suggests that while databases can lead to breaches in privacy, it allows Dell to provide instant credit to computer buyers, grocery stores to stock goods that their customers want, and mortgage lenders to keep their rates down.

“It’s obvious that databases provide enormous benefits to modern life,” said Marc Rotenberg, president of the Electronic Privacy Information Center. “We could no more operate without computer databases than we could without electricity.”

“That doesn’t mean that there aren’t still some serious debates to have about government databases,” he added, “including the monitoring of the general American public under John Poindexter’s Total Information Awareness program and the passenger profiling that has gone on.”

In some respects, Reason’s cover stunt is less Big Brother than one more demonstration that micromarketing is here to stay. “My son gets sports catalogs where his name is imprinted on the jerseys that are on the cover,” Mr. Rotenberg said. “He thinks that’s very cool.”

In his editor’s note describing the magazine’s database package, Mr. Gillispie left open three spots – commuting time, educational attainment and percentage of children living with grandparents – so he could adapt his message to individual readers. Mr. Gillespie said that the parlor trick could have profound implications as database and printing capabilities grow.

“What if you received a magazine that only had stories and ads that you were interested in and pertained to you?” he asked. “That would be a magazine that everyone would want to read.”

Welcome to ROACHVILLE from TBWA Johannesburg 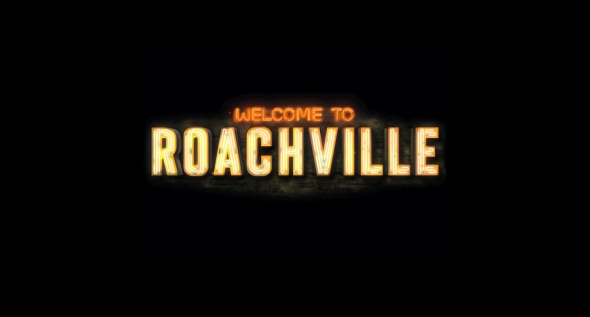 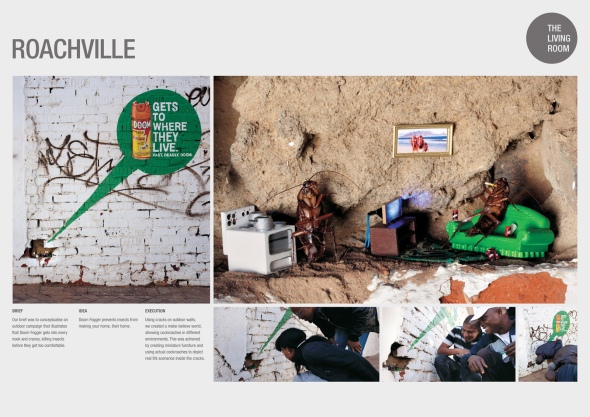 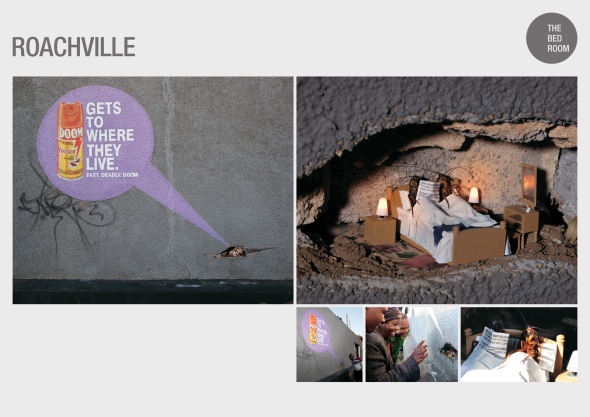 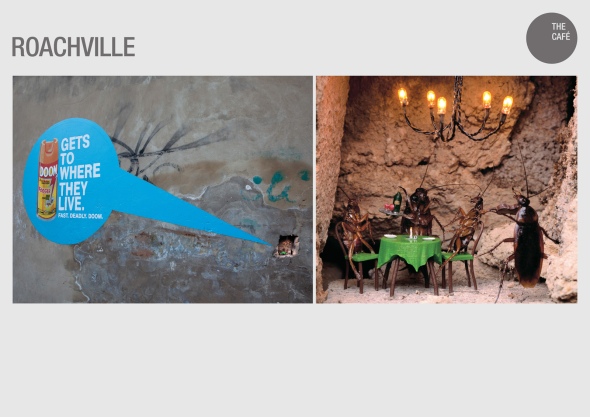 TBWA Hunt Lascaris Johannesburg’s brief was to conceptualise an outdoor campaign that illustrates that Doom Fogger gets into every nook and cranny, killing insects before they get too comfortable. Using cracks on outdoor walls, they created a make-believe world, showing cockroaches in different environments. This was achieved by creating miniature furniture and using actual cockroaches to depict real life scenarios inside the cracks. 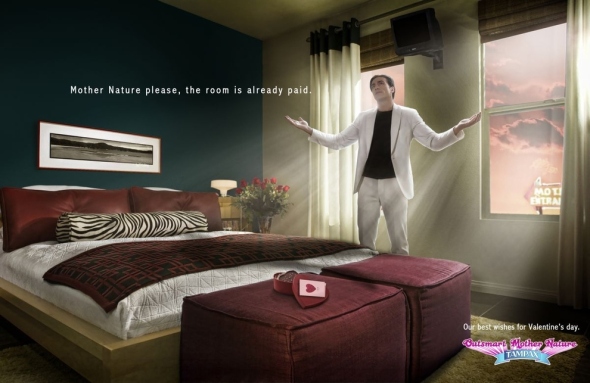 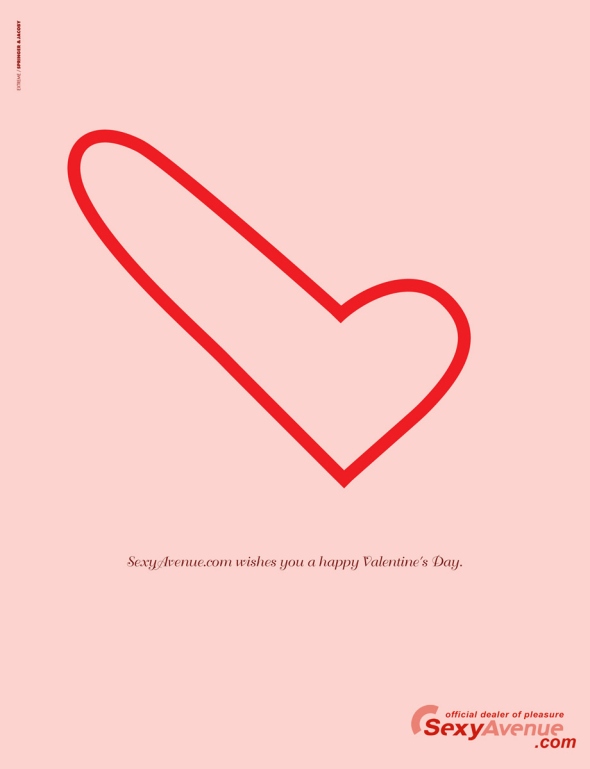 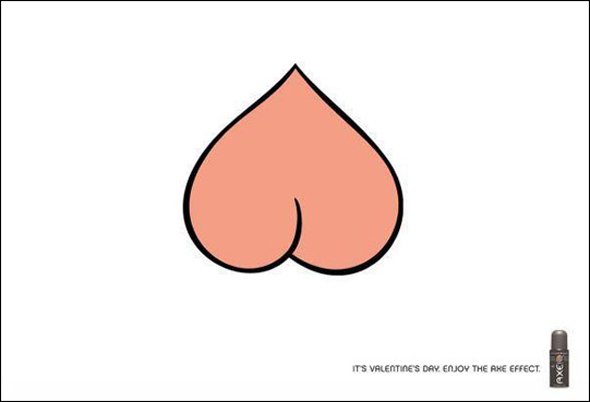 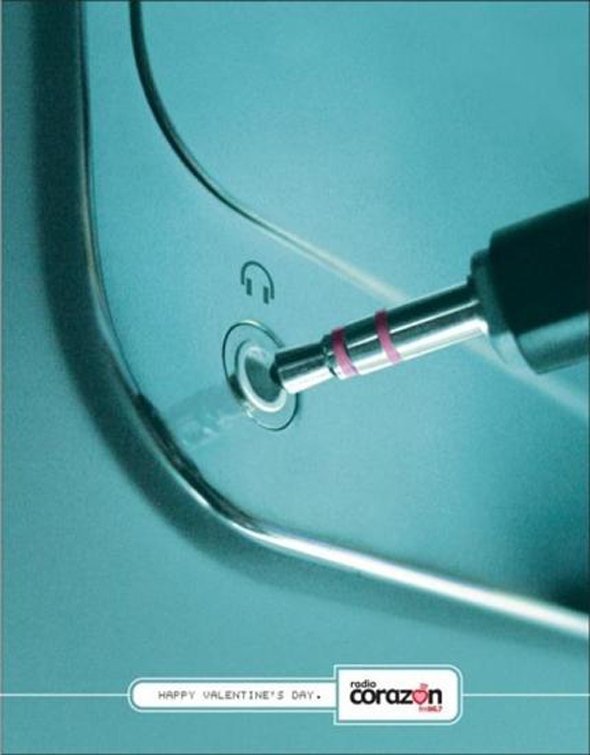 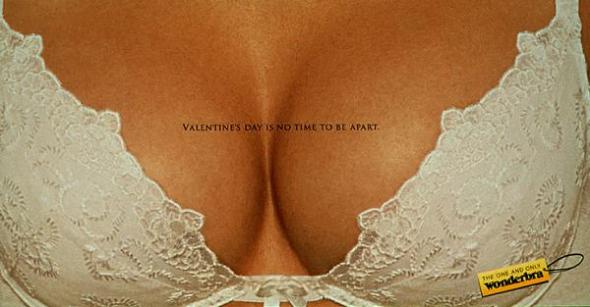 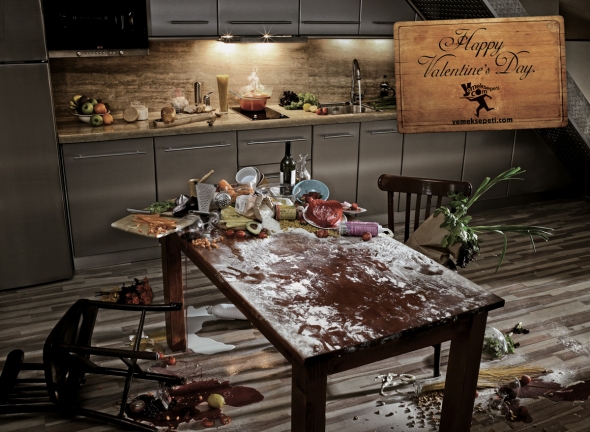