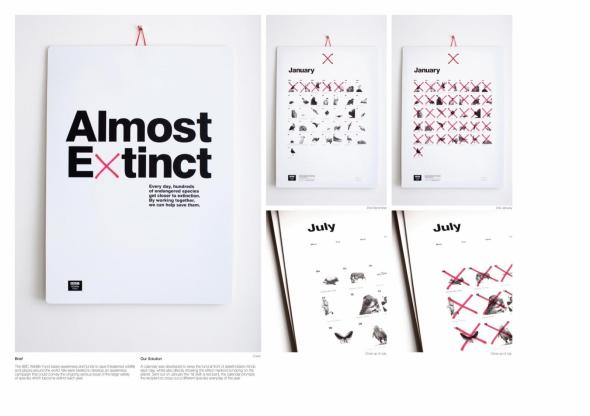 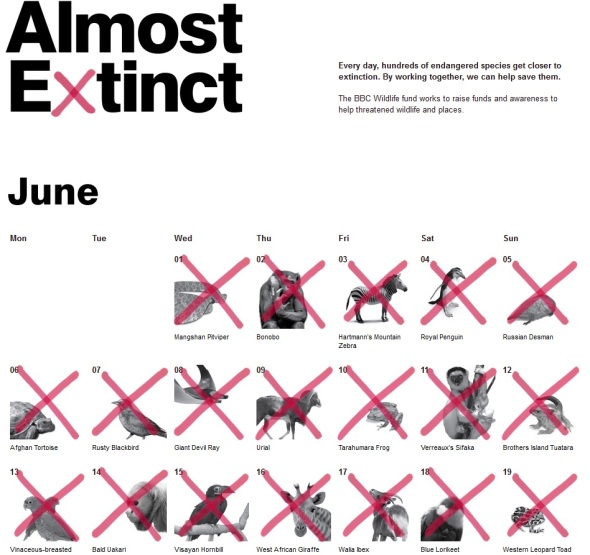 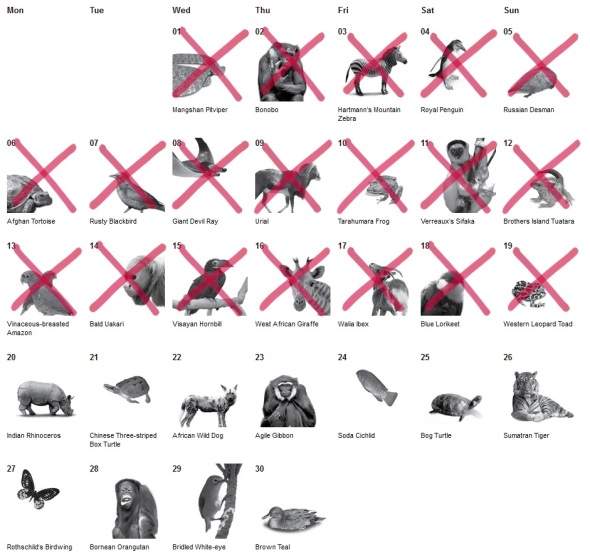 Brief: To raise awareness of the amount of species that are nearing extinction across the globe, while giving people the opportunity to donate or to find out more by visiting the BBC Wildlife Fund website.
The BBC Wildlife Fund raises awareness and funds to save threatened wildlife and places around the world. We were briefed to develop an awareness campaign that could convey the ongoing serious issue of the large variety of species which become extinct each year.

Idea: a calendar was developed to keep the fund at front of stakeholders minds each day, whilst also directly showing the effect mankind is having on the planet. Sent out on January the 1st (with a red pen), the calendar prompts the recipient to cross out a different species everyday of the year.